You can visit our online gallery to browse through other entries, or download a compilation of all entries with full descriptions in PDF format

The video “Brain at Rest” combines different neuroimaging and visualisation techniques in a highly creative fashion. It translates measures brain activity to music, coupling the ten strongest activation patters to different musical instruments. According to the jury, this submission is both intriguing and inspiring due to its inter-disciplinary character and its subtle exploration of the field where art and science meet. 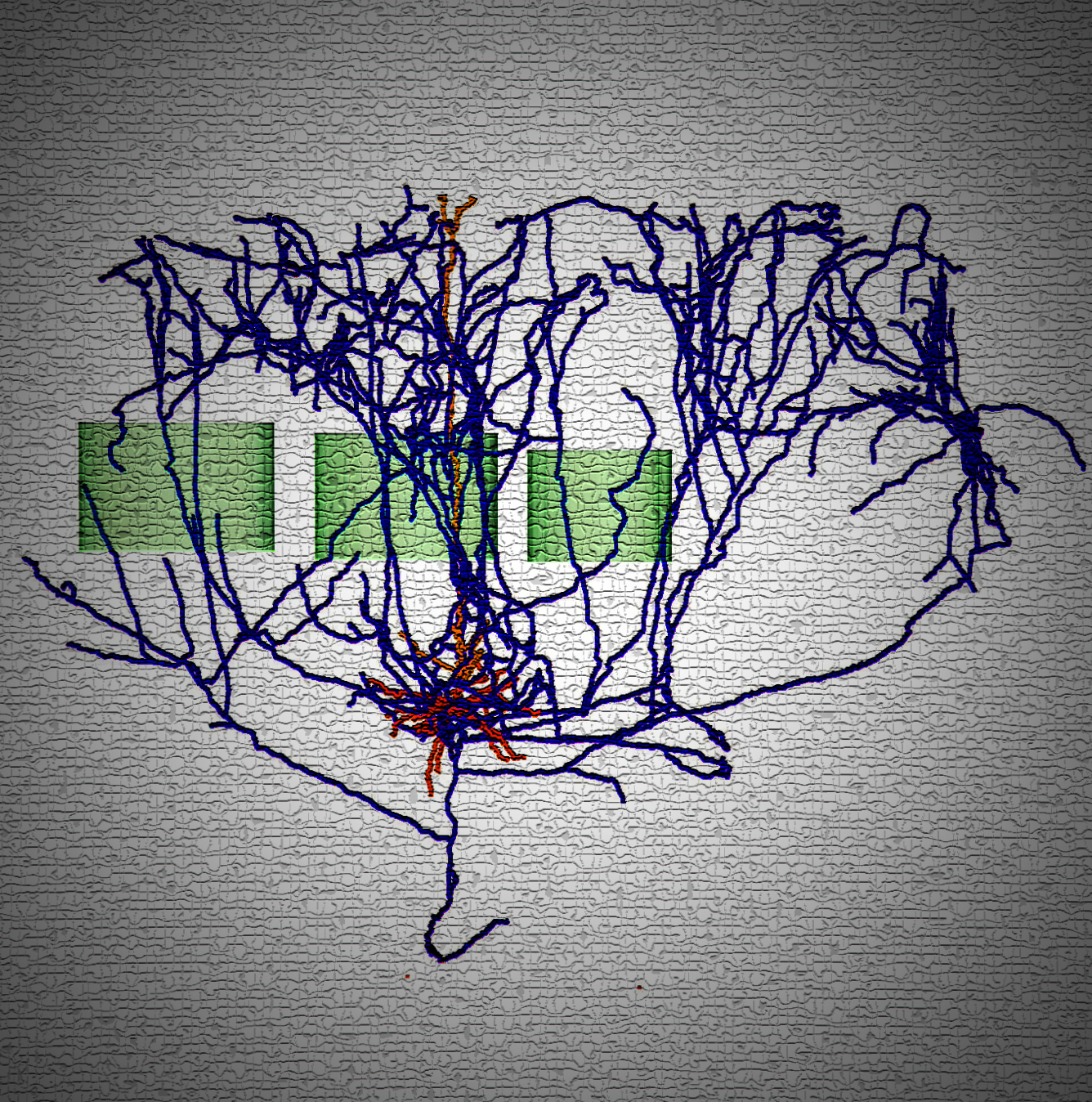 Artistic rendering of a single pyramidal neuron of layer 5A of rat primary somatosensory cortex. These pyramidal neurons are involved in encoding whisker movement when the rat is actively exploring its environment.

The individual neurons are the basic units of the nervous system and through single cell reconstructions of these pieces of the puzzle; we aim to disentangle the intricate cortical microcircuit.

When we are born our brains are already fully formed and will, to a large extent, determine our feelings, personality and desires. In order to achieve this highly complex functionality, immature neurons must venture out during their development and find the right cell partners to form synaptic connections with.

This process is aided by spontaneous network activity in the brain that tests and refines the made connections. Some will stabilize while others are destined to be broken up.

Shown here is one of the ways spontaneous activity shapes and organizes connectivity: Synaptic inputs that are close together on a neurons dendrite are more likely to carry similar information and are more often co-active. The image illustrates how, even before the brain has become fully functional, a single immature neuron is already tasked with finding order amongst the internal chaos of the mind. 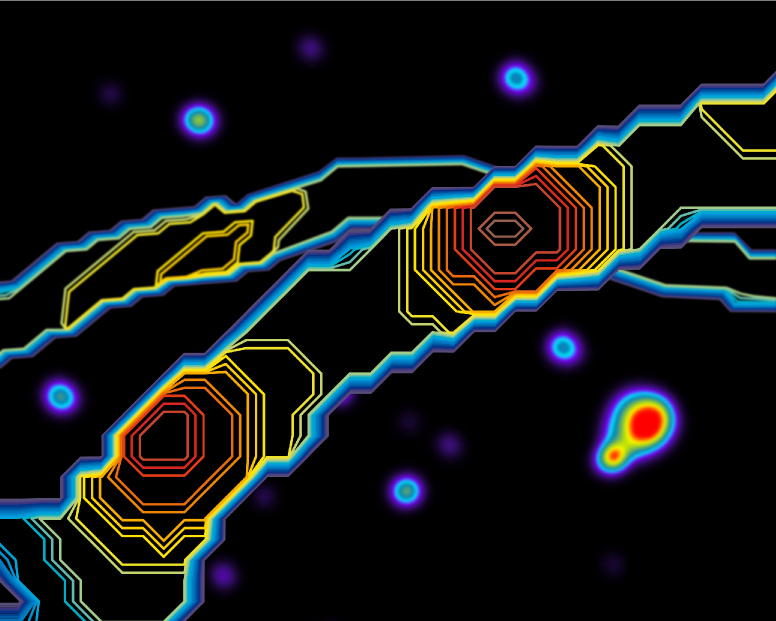 The center of the image shows a labeled stretch of dendrite on which recorded calcium transients, belonging to 2 co-activate synapses, are represented in a contour map. Meanwhile, in the background you can see the large amount of synaptic activity happening in the surrounding network as Gaussian centers of activation. 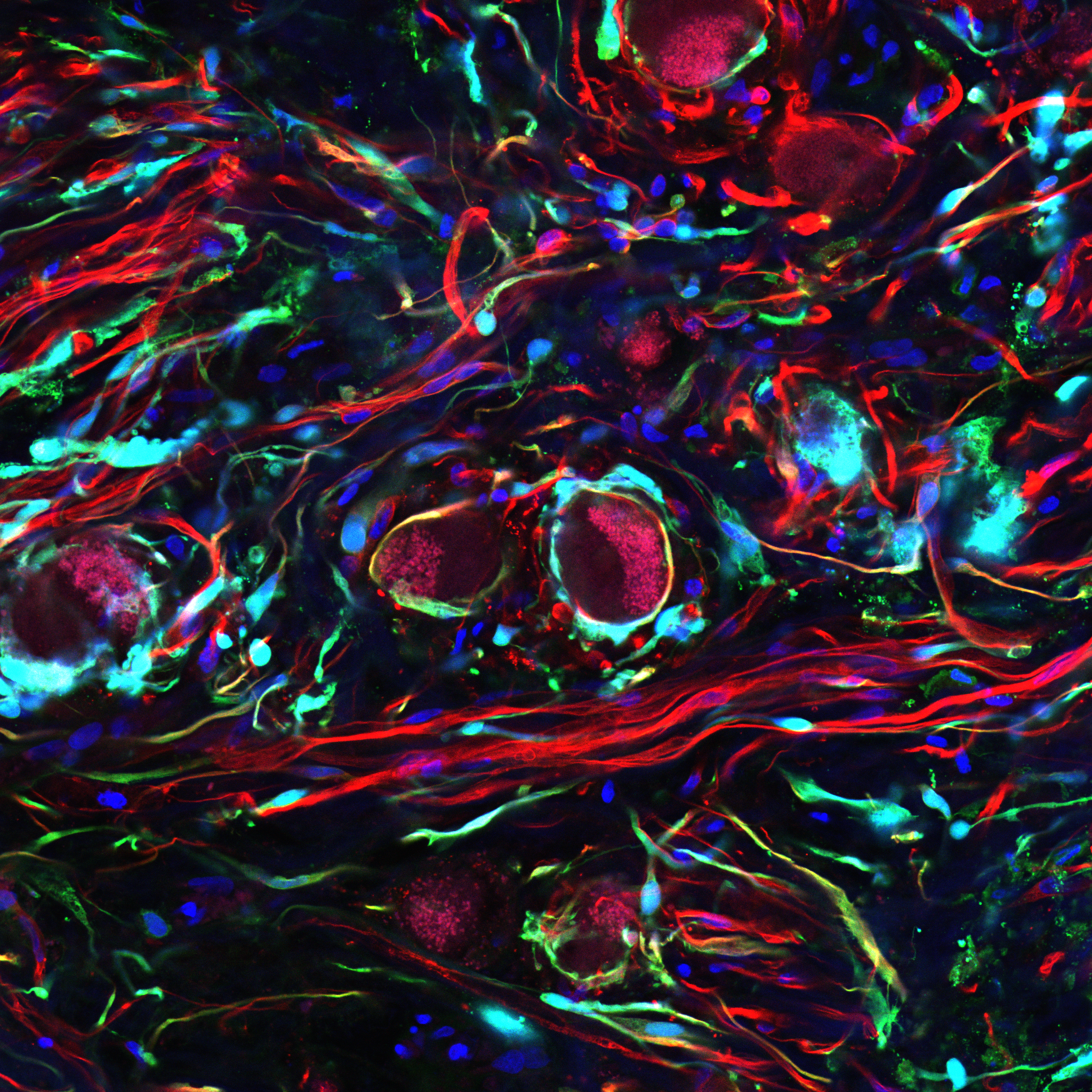 This picture represents a human dorsal root ganglion infected ex-vivo with a lentiviral vector encoding for green fluorescent protein (GFP). With immunohistochemistry it has been stained with a neuronal marker (red), a nuclear protein marker (blue) and GFP (green). This tissue was obtained from a post-mortem autopsy in collaboration with the Netherlands Brain Bank and cultured for an additional 14 days.

It represents the beauty of a highly complex organization in a seemingly chaotic environment.

“The strangeness will wear off and I think we will discover the deeper meanings in modern art.”

Layers of the Mind

The jury loved how the differently colored layers brought a playfulness to an otherwise serious subject, while simultaneously indicating the dendrites’ different layered functions. 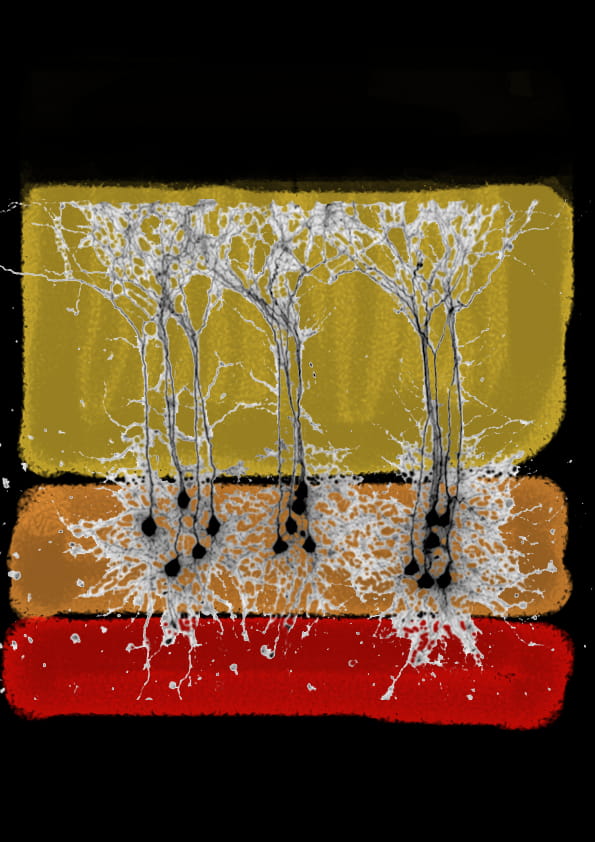