You can visit our online gallery to browse through other entries, or download a compilation of all entries with full descriptions in PDF format (part 1, part 2)

The Mutual Wave Machine is an interactive neurofeedback installation and neuroscience experiment that embodies and investigates the elusive notion of ‘being on the same wavelength’ with another person through brainwave synchronization.

Enclosed by an intimate capsule and immersed in an audiovisual environment that responds and reflects their shared brain activity, two visitors can directly experience and manipulate their internal efforts to approach or distance themselves from each other.

Greater brainwave synchronization is reflected in greater vividness and more coherent and recognizable audiovisual patterns, while lack of synchronization strays towards dark audio-visual chaos. With each iteration, EEG data and introspective reflections are collected from participants.

The experimental set-up is also adjusted each time based on scientific hypotheses: for example, questionnaires filled out by participants as well as the neurofeedback conditions may vary between iterations, depending on the research goals.

As such, the MWM learns from itself with every iteration, becomes  better tuned to its own participants, and is hopefully ultimately able to accurately match moments of synchronicity between brains and minds.

The MWM is part of a large-scale interdisciplinary research program aimed at understanding the relationship between brainwave synchrony and communicative success.                                                         By bringing together experts from science, technology, education and art in a crowd-sourcing neuroscience approach, the MWM aims to advance scientific insights into interpersonal dynamics in real-world environments. At the same time, it provides visitors with both an educational and aesthetic experience.

The audience participates as viewers and experimental subjects at once, actively contributing to a scientific product while exploring the intangible notion of human connectedness through artistic inquiry.

Butterfly of the Soul

This image is a homage to Cajal’s work. Depicted in it is a section of a coronal mouse brain slice with a pyramidal cell from the upper layers of the somatosensory cortex. With an in-utero electroporation approach a construct of an autism-related protein with a de- novo mutation was introduced in vivo into the cell. The cell was then submitted to confocal imaging and – to achieve an impressionistic look – displayed in false colors.

With this experiment we want to study the influence of the de-novo mutation on dendrite formation and spine morphology – or using Cajal’s simile: how the butterflies of the soul unfold their wings. 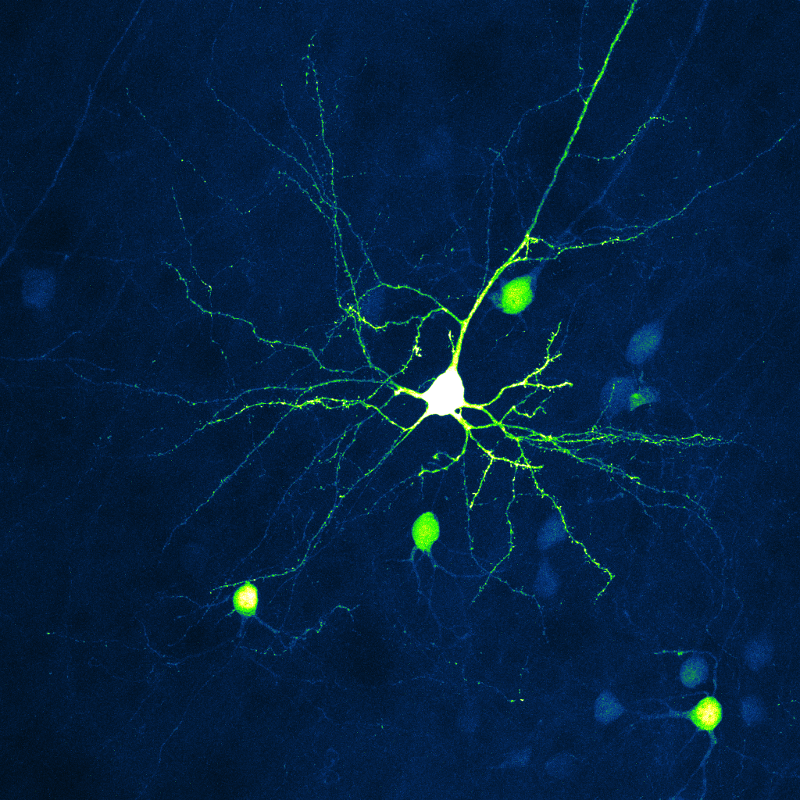 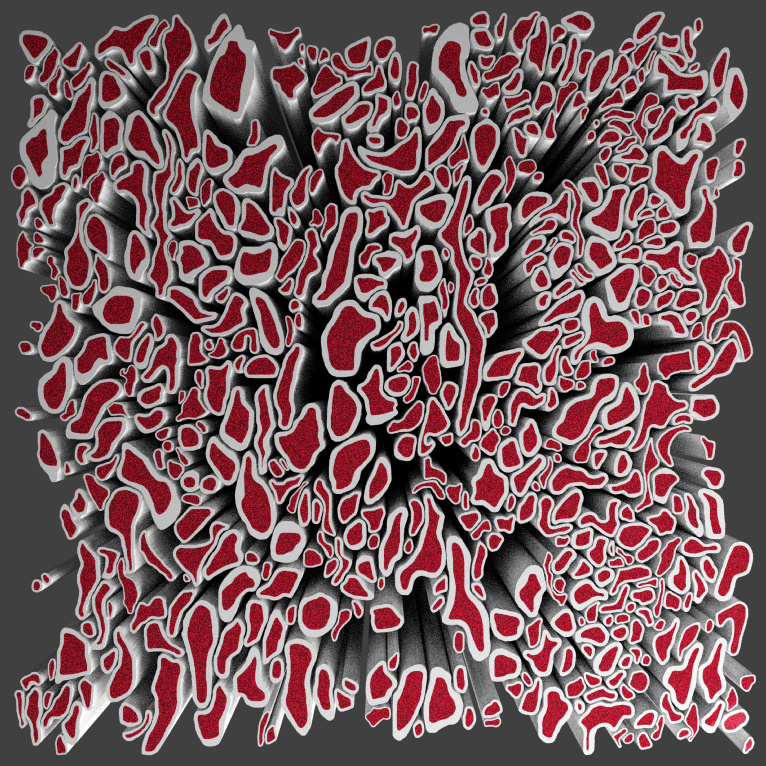 A rendering of a bundle of myelinated axons in the mouse brain based on a section of electron microscopy data.

As part of the Brain Awareness Week (14-21 maart 2016) we developed Exploding Brain Myths, a series of animations debunking some of the most popular brain myths.

The series of animations were developed in collaboration of scientists from the Vrije Universiteit, Dr. Rhiannon Meredith, Rhodé van Westen and Professor Matthijs Verhage, with a London-based animation team including Jon Hunter, Matt Partridge, Henry Parker and Garet Gwynn. The animations were made possible by the VU University Fellowship and the Dutch Research Council (NWO).